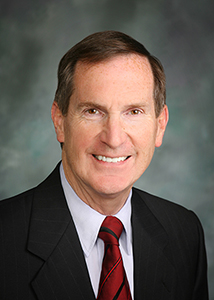 After leaving active duty, Jim initially served as an Airline Transport Pilot with American Airlines where he qualified in the Boeing 737-800 new generation aircraft and later as a Career and Talent Management Consultant with Right Management, the talent management element of the Manpower Group.  He also founded and led a career management consulting practice based in Washington, D.C. where he mentored hundreds of clients through career transition and professional development.

He joined the Military Officers Association of America in 2012 and now serves as Vice President of Council/Chapter and Member Support, with responsibility for all MOAA membership services and member retention.  Under his leadership MOAA earned the 2012 and 2015 Summit Award from the American Society of Association Executives, recognizing impactful community service initiatives among their 9,300 member organizations.