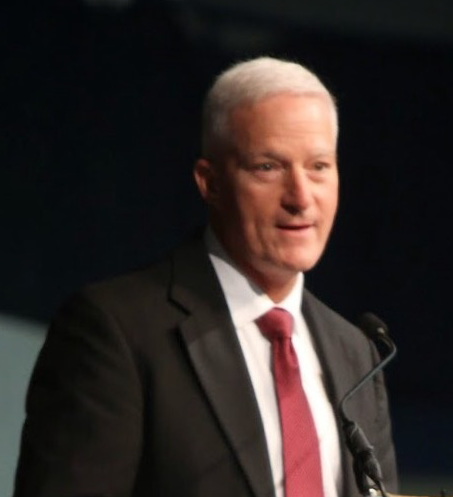 Chaplain (Colonel) David Smith, US Army Retired, served as a senior leader in the Army Chaplaincy with over 30 years of multifaceted experience. Dave served at all levels, from the tactical to strategic, and in various settings both domestically and internationally. At the battalion level, he was recognized across the installation for fostering spiritual growth through creative and innovative programs preparing soldiers and their families for deployment and reintegration. As the Broadcast Center Chaplain, Armed Forces Radio and Television Service (AFRTS) he creatively designed and fostered a program schedule that “provided the most stimulating, diverse, and dynamic religious program schedule in the 50 years of AFRTS.” He did this while balancing the religious needs of a worldwide audience with program policy involving extremely sensitive church-state issues. While serving as a Brigade Chaplain his spiritual fitness program was recognized as a model for the 101 st Airborne Division (Air Assault). His international responsibilities included Command Chaplain, US Army NATO, Supreme Headquarters Allied Powers Europe, Mons, Belgium; Command Chaplain, US Army Africa, Vicenza, Italy; and the Command Chaplain, US Forces-Afghanistan, Kabul, Afghanistan. In each of these positions, he developed engagements with partnering nations’ chaplaincies while remaining sensitive to various religious considerations. He also collaborated with academia experts to forge future partnerships in order to train religious support teams at the strategic level within several critical areas; Conflict Resolution and Trauma Ministry. He has deployed in support of numerous contingency and combat operations. While serving in these commands, he quickly developed teams across the joint services as well as with other partner countries serving in the area of operations. He has received numerous military awards for his service in combat operations and in garrison.

Dave is an ordained Elder in the United Methodist Church. As an Army ROTC scholarship student, he received his commission as a Second Lieutenant, 28 May 1977. He holds a Bachelor of Arts Degree in History from Pennsylvania State University, a Master of Divinity Degree from Wesley Theological Seminary, Washington, DC, a Master of Science in Television Radio and Film from Syracuse University, and a Master of Science in Strategic Studies from the Army War College in Carlisle, Pennsylvania. Currently, Dave serves as the Coordinator, Soul Care Initiative with JustPeace. Soul Care’s purpose is to explore specific needs of our returning veterans, and train and resource the faith community, faith partners, veteran and community organizations to design programs and resources focused on healing the soul and strengthening the spirit of veterans and their family.