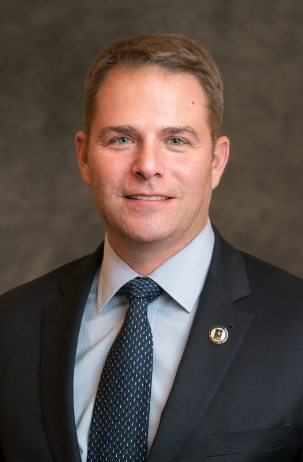 Adam Rocke retired as an Army Colonel and career Infantryman who served as Special Assistant to the Army Chief of Staff and as the Director of the Soldier for Life Program. He led the U.S. Army’s effort to create a network of enablers connecting Soldiers, Veterans, and families with employment, education, and health care required to successfully reintegrate into civilian society. To achieve this goal, he linked Army, government and community efforts to build relationships that support 135,000+ transitioning Soldiers and their families each year. Throughout his distinguished military career, Adam served in various infantry and special operations units from Platoon to Brigade with numerous deployments overseas supporting the War on Terror.

Adam continued his mission to assist service members and their families in his civilian career and currently serves as the Senior Director for Hiring Our Heroes, part of the U.S. Chamber of Commerce Foundation.

Adam also serves on the Board of Trustees at Home Builders Institute, as well as serving on the Association of the United States Army Retired Soldier and Veterans Affairs Committee,along with The American Legion Innovation Task Force on Veterans Employment and Training, and on a variety of other Advisory roles with Veteran-serving organizations.