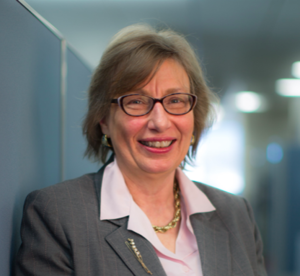 Joyce Wessel Raezer became the Executive Director of the National Military Family Association in 2007. In that position, she leads the Association’s programs and initiatives to meet the needs of the families of the seven Uniformed Services and promote improvements in their quality of life. She is frequently called on by government officials, other organizations, and the press to share her expertise on the issues facing military families. She began her work with the Association in 1995 as a Volunteer in the Government Relations Department and subsequently served in various staff positions, including Government Relations Director.

Raezer has represented military families on several committees and task forces for offices and agencies of the Department of Defense (DoD) and military Services. She has served on several committees of The Military Coalition, an organization of 36 military-related associations. She was co-chair of the Coalition’s Personnel, Compensation, and Commissaries Committee from 2000 to 2007. In 1999 and 2000, she served on a Congressionally-mandated Federal Advisory Panel on DoD Health Care Quality Initiatives. From June 1999 to June 2001, Raezer served on the first national Board of Directors for the Military Child Education Coalition. In 2004, she authored a chapter on “Transforming Support to Military Families and Communities” in a book published by the MIT Press, Filling the Ranks: Transforming the U.S. Military Personnel System. In 2015, she was selected as a member of the Millennium Cohort Program Strategic Board.

In 2006, Raezer received the Gettysburg College Distinguished Alumni Award. She was the 1997 recipient of NMFA’s Margaret Vinson Hallgren Award for her advocacy on behalf of military families. She also received the “Champion for Children” award from the Military Impacted Schools Association in 1998. In 2007, Military Spouse Magazine listed her on its Who’s Who of Military Spouses. On May 29, 2012, she was honored as a Daily Point of Light by the Points of Light Foundation. In 2014, she received the Community Hero Award from the PenFed Foundation.

A Maryland native, Raezer earned a B.A. in History from Gettysburg College, and an M.A. in History from the University of Virginia. The spouse of an Army retiree, she is the mother of two adult children. She is a former teacher and served on the Fort Knox Community Schools Board of Education from 1993 to 1995. She was an active volunteer parent in her children’s schools. She plays handbells and sings in her church choir and the Northern Virginia Chorale.