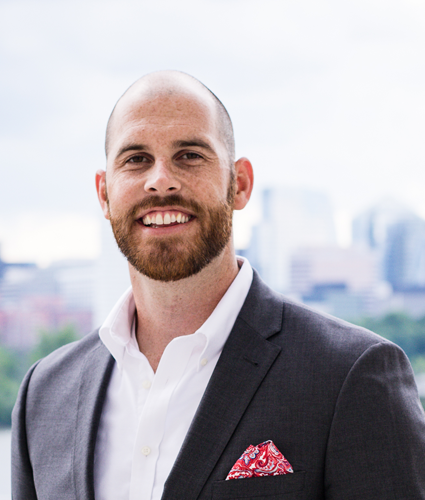 Brennan currently serves as the Deputy Director for Team Red, White & Blue, responsible for ensuring operational excellence and effective delivery of the organization’s core programs. He graduated from the United States Military Academy in 2005 with a degree in International Relations and was commissioned as an armor officer. Brennan went on to serve with the 1st Cavalry Division based out of Fort Hood, Texas where he held a variety of leadership positions and deployed to Iraq twice. In 2010, he left active duty and earned a Master of Arts in Law & Diplomacy from The Fletcher School at Tufts University. Brennan continues to serve as a member of the Army Reserve. He resides in Wilmington, NC with his lovely wife Rebecca, their dogs Daisy and Roxy, and their horse General Eisenhower. Brennan is an aspiring surfer and CrossFit coach who enjoys soccer, craft beer, and a good bluegrass tune.