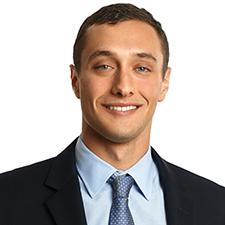 Sam Pressler is the Executive Director of the Armed Services Arts Partnership (ASAP) and Comedy Bootcamp, as well as a 2015 Echoing Green Global Fellow, 2016 Halcyon Fellow, and NationSwell Council member. He has been recognized by Americans for the Arts in their Leadership Spotlight, and was named to the HillVets 100 list as one of the 100 most influential people in the veterans space. At 23, Sam is among the youngest individuals to ever receive these recognitions. Sam graduated Phi Beta Kappa and Summa Cum Laude from the College of William & Mary in 2015, where he received degrees in Government and Finance, the Ewell Award, and a McGlennon Scholarship – as well as recognition as a TEDx Innovative Thinker. During his time at the College, he spearheaded William & Mary’s first cohesive initiative to support veterans both on- and off-campus, founding the William & Mary Center for Veterans Engagement, Student Veterans of William & Mary, and William & Mary Military & Veterans Working Group.